The three cities on Waterfront in Japan

What a passion for the splendid festival of floats! 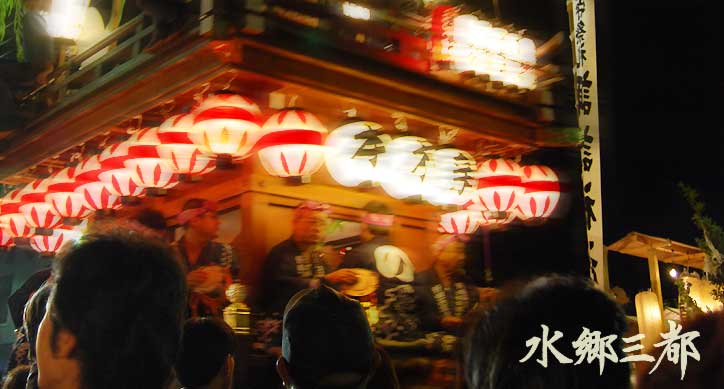 The floats drawn at the festivals in Sawara and Itako carry historic, legendary and mythical heroes on their tall stages. Some of them have been preserved for more than 100 years since Meiji or Edo era. So we can see the amazing details of their art even now.

Their exquisite art may look attractive at the festivals, while you can also appreciate the gorgeous floats at the museum of festival floats in Sawara. The artful engravings and beautiful embroidery around the float may make you feel as if you were on the day of the festival.

The grand festivals of Sawara 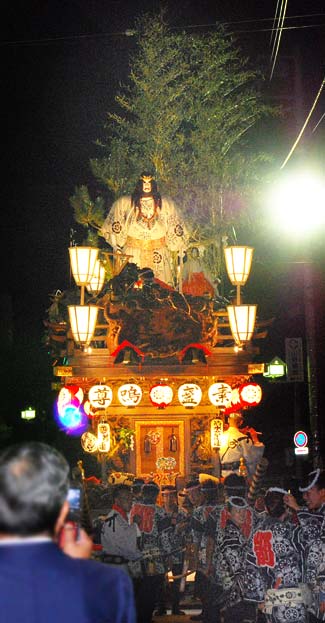 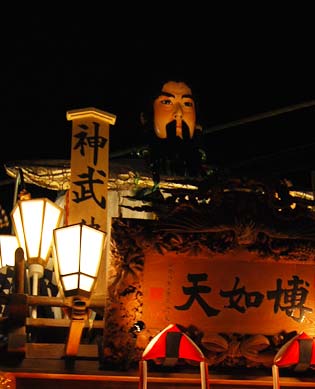 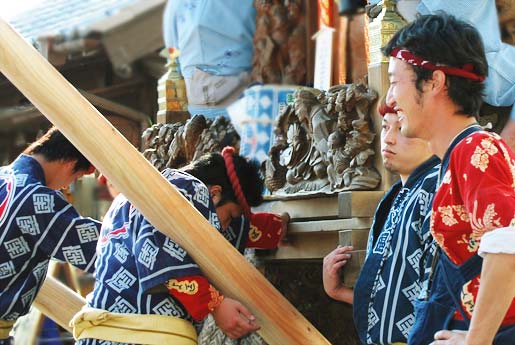 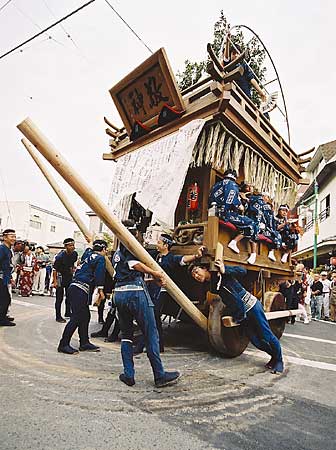 With the nostalgic sounds and tunes adrift through the air, the huge floats slowly parade down the streets.

The acrobatic spinning of the floats called "No-no-ji-mawashi" is quite a dramatic spectacle.

Such powerful speed causes each float to press its clear mark of ruts on the road surface.

The festivals are designated as the important intangible cultural assets, which have been highly reputed to occupy the most valuable position within the "float culture" zone. 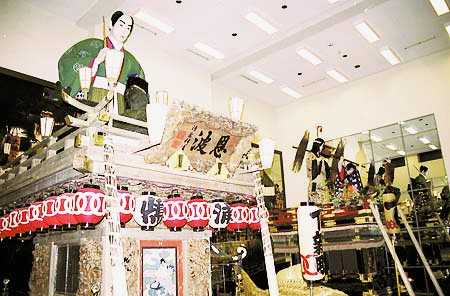 You can get up close to the two floats on display in the museum.

The 3D hi-vision movie of the festival delights you very much. 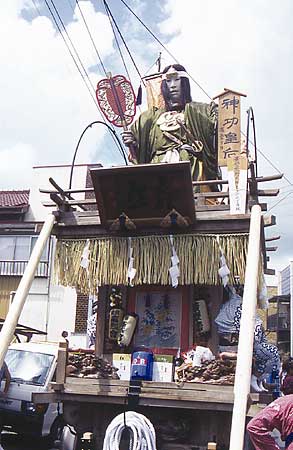 The street crowded with people in happi-coats looks like another side of the town.

The people compete with the gorgeousness of their floats. Such overwhelming energy appalls the spectators. Enjoy a fresh experience of this summer festival. 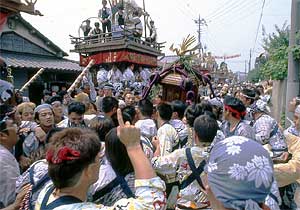 On the stages of the floats stand well-known historical and legendary heroes. 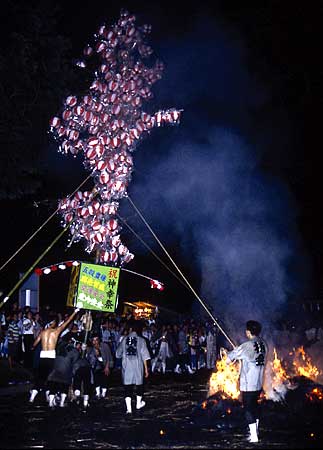 The two big scenes are simultaneously shown on the town street.

One is the Jinko-sai, in which people solemnly carry the separated spirit seated on the big portable shrine (mikoshi), and the other is Chochin-matsuri (lantern festival), in which young men wildly throw the numerous green bamboos into the burning bonfire.

"Stillness" versus "Wildness" clearly contrasts. At this two-day festival, five floats are drawn by townspeople along the main streets.